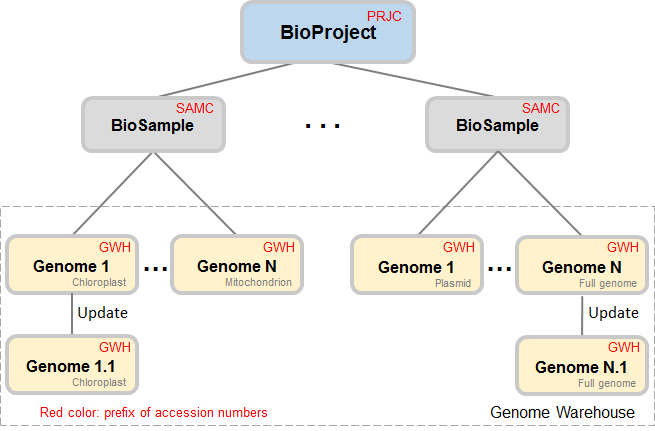 Data relationships in GWH are as follows.

BioSample: describes biological source material; each physically unique specimen should be registered as a single BioSample with a unique set of attributes.

Genome: describes detailed genome assembly for a BioSample. One BioSample has one or more genome assemblies. For example, one plant sample may have mitochondrion genome and full genome. One genome contains genome sequence file, and shold contain genome annotation file, AGP file(s), and genome assignment file(s). 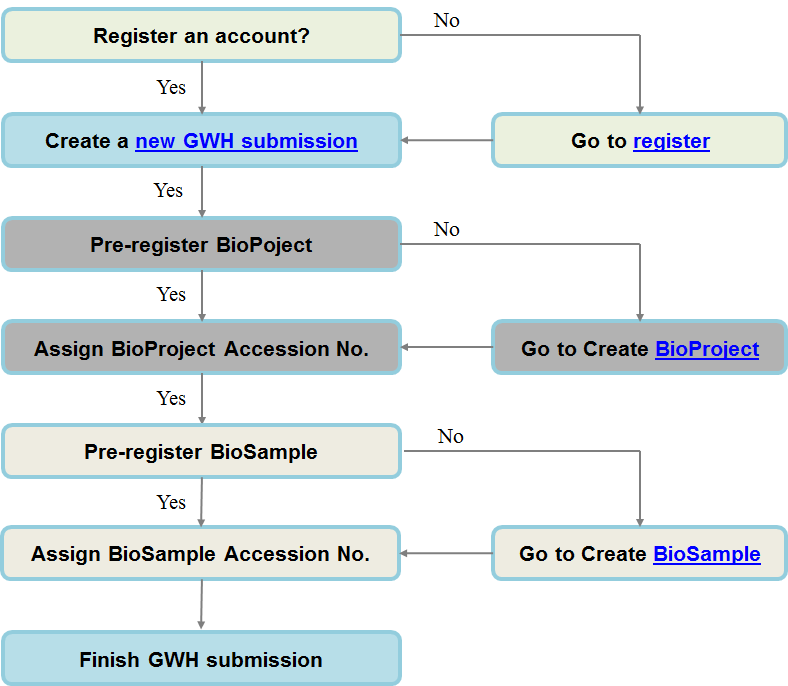 Answers to some of the most frequently asked questions submitted to the GWH are listed as follows.